Since reading The Beekeeper’s Apprentice, I have managed to collect much of Laurie R. King’s Mary Russell and Sherlock Holmes mysteries. Earlier this year, I read the second book, A Monstrous Regiment of Women and then with the cooler weather and darker nights in October, it seemed the perfect time to pick up the third book, A Letter of Mary.

It is 1923 and Mary Russell and her husband, the retired Sherlock Holmes, have settled into a comfortable, if slightly dull, routine on their Sussex estate. Mary with her books and translations, and Holmes with his newspaper, pipe and bees. When they are visited by an old friend, Miss Dorothy Rushkin, an archaeologist just returned from Palestine. Who leaves in Mary’s care an ancient manuscript that seems to suggest Mary Magdalene was an Apostle of Jesus…. which, if authentic, could whip up a storm of biblical proportions! Then, just days later, Mary and Holmes discover their friend has been tragically killed in a car accident, but was it really an accident?!

So much has changed since we first met lonely 15-year-old Mary, that sunny day in 1915. Now Mary is a strong, brave, intelligent grown woman, who is now an equal to the great Sherlock Holmes’ as she takes on a key role in their investigations. In this case, going undercover alone to gain the trust of a possibly dangerous suspect, Colonel Edwards: the last person known to have seen and spoken to Miss Rushkin. While Holmes goes on his own undercover mission to find out more about Miss Rushkin’s estranged sister.

Since the last book Mary and Holmes’ have married. I wouldn’t say they suddenly fell madly in love. Instead they both just finally admitted how much they need each other. The large age gap was not an issue at all for me this time, because it is so easy to see how well they suit each other. In fact, it was highly amusing to see them both going quietly stir-crazy in their comfortable, settled routine at home together; which culminates in Mary sending herself cross-eyed reading and Holmes disappearing to his office to blow things up!

Then in-steps Miss Rushkin to save their sanity, but sadly lose her life. We then witness their complicated emotions as they mourn the loss of a friend. Mary fainted at the sight of the blood splattered at the scene of this tragic death and Holmes’ anger bubbling under is cool exterior. However they can then barely hide their excitement at the thrill of picking up the scent of a crime and throwing themselves body and soul into finding justice for a good woman. What unfolds is another thrilling mystery full of secrets, danger and disguises, clues, red-herrings and theological arguments.

All in all, I thought A Letter of Mary was another nostalgic and thrilling adventure with Mary Russell and the famous Sherlock Holmes. I look forward to reading more from this series – I already have the next book, The Moor waiting on my TBR pile. Good read.

Have you read this? Or any of the other Mary Russell and Sherlock Holmes books?

This was also my fourth and final read for the R.eaders I.mbibing P.eril XIII reading event. 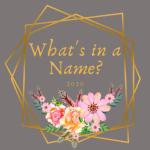 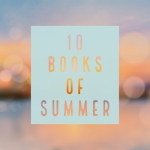 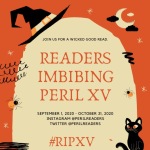