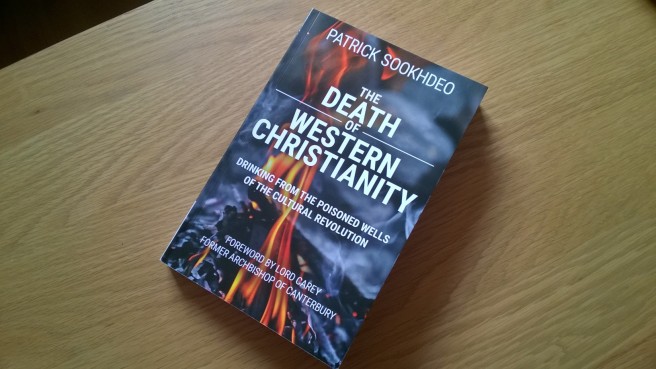 As a practicing Christian, I like to read Christian literature to help with the growth of my faith and I am very lucky that my church has it’s own book club to help me with this. In February, we met to discuss The Story of Reality by Gregory Koukl. Next up was non-fiction The Death of Western Christianity by Patrick Sookhdeo, which the group met to discuss at the beginning of the month. Unfortunately, I wasn’t able to attend as I was away on a school residential trip.

As the title suggests, The Death of Western Christianity is quite a stark look into how the Church in the West has gone from being the backbone of Western society, morals and laws, and being a vast missionary movement that once went out across the world, to now being in a state of terminal decline. Ironically abroad, where once Western missionaries worked, there is still a living, thriving Christian faith, but other than pockets overall the fire of Western faith is sadly growing dim. Not only that but in Western society, Christianity is increasingly despised, marginalised and coming under attack.

Fortunately, for me, I am in a warm, welcoming, multi-aged church that is growing. However in my wider community, I am in the minority with my faith and I have witnessed the deploring lack of knowledge of Christianity, with a depressingly, growing number of children that do not even know that Christmas and Easter are Christian festivals. And while I know that the church is increasingly being ignored, marginalised and mocked, thankfully my friends and myself have never been targeted or persecuted for our faith. Unlike some of the terribly sad cases that Sookhdeo shares from across Europe and the USA.

Matter-of-factly and succinctly Sookhdeo surveys in-depth the current state of Christianity in the West, looking in particular at how Western culture has influenced and weakened the Church, with the growth in materialism, different faiths and worldviews, and a change in morality. He also discusses the loss of Christian identity, which he sees as the heart of the problem. You may be thinking this sounds a depressing read and in many respects it is. On the other hand, Sookhdeo does advise and offer means to how Christians should go forward. And if the Church in the West could start to fix itself, then maybe it could be a force for good in society again in the future.

Overall The Death of Western Christianity is not the sort of book you enjoy reading, instead I think for a practising Christian in the West it is an important book to read. Sadly I wasn’t able to attend the meeting of my church’s book club to discuss this. Nevertheless this was a very relevant read for me, as my church is currently undertaking a year of exploration into what our vision should be for the next five years – There are nuggets of advice from this that will be of value for me with this in mind. Our club’s next read is Love Wins by Rob Bell. Good read.

Have you read this? Or any other books on the decline of Christianity?

19 thoughts on “New Read: The Death of Western Christianity” 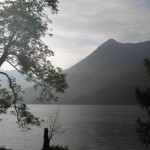 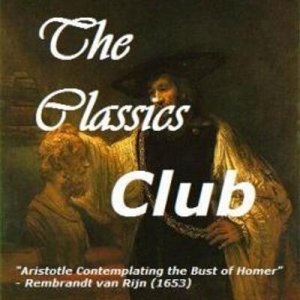